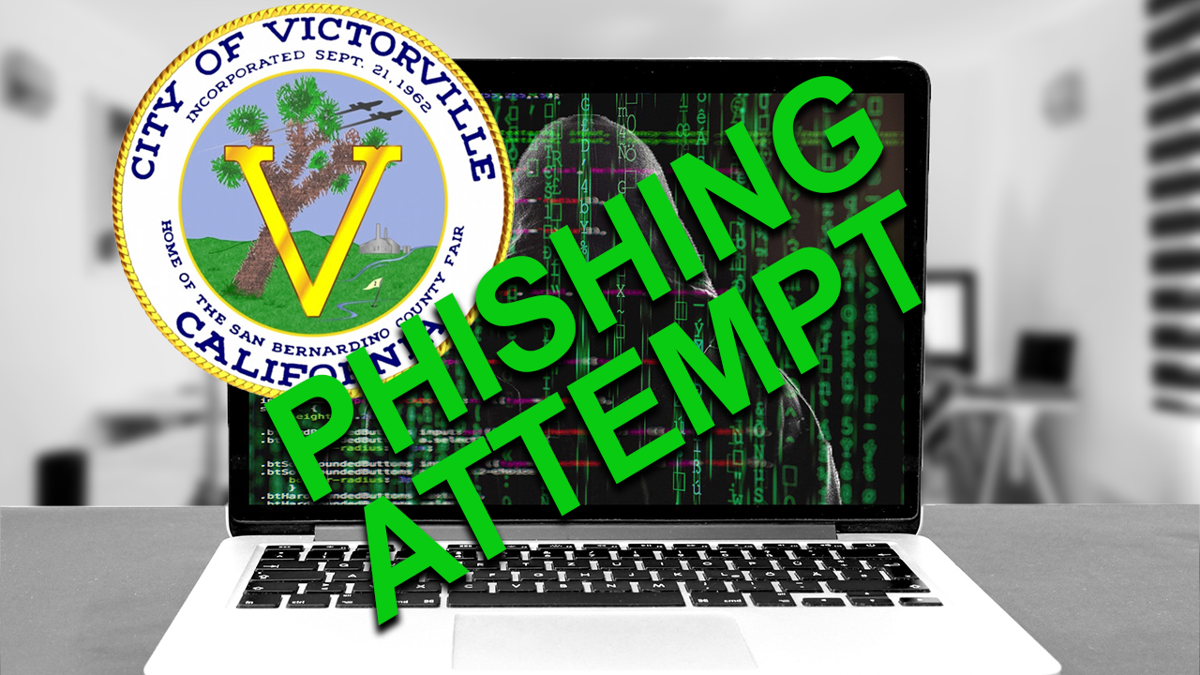 Last week the Mayor of Victorville, Debra Jones, released a statement on her official Facebook page. HD Daily News has learned that the elected official as well as several Victorville city employees were victims of a potential phishing threat.

Email phishing is the fraudulent practice of sending emails claiming to be from reputable companies or organizations in order to induce individuals to reveal personal information, such as passwords and credit card numbers.

Mayor Jones' social media statement reads: "BEWARE! My name as Victorville’s Mayor is being used in an email to solicit a “favor” from those in my contacts list. The request is that the recipient purchase 5 / $100 Apple gift cards. This is brazen fraud. If you have purchased gift cards, please contact your bank to report the fraud..."

From the Tax Law Offices of David W. Klasing - What is the Corporate Transparency Act that Congress Just Passed All About?

HD Daily News reached out to the city for further comment. Public Information Officer Sue Jones told us that the City's IT department determined that several city accounts were apart of the phishing attempt and that no official city email accounts were ever breached in the system.

The City of Victorville would like to use this moment to remind residents that it's important to secure passwords and look very carefully at who is sending an email. If in fact someone fromt he city sends an email, the sender's address should read name@VictorvilleCA.gov

It is also very important to never respond or click on the contents of the email without confirming this information first.

According to the Federal Trade Commission in 2019, California ranked 3rd highest in percentage of identity theft reports per capita, however, California has the highest total number of reports.

Consumer Affairs states that everyone with a Social Security number is at risk for identity theft, but two demographics that are targeted aggressively and often: the very young and the very old.

Enter to win a $50 Gas card by subscribing to our newsletters. One winner will be chosen each week starting 1/8/2021