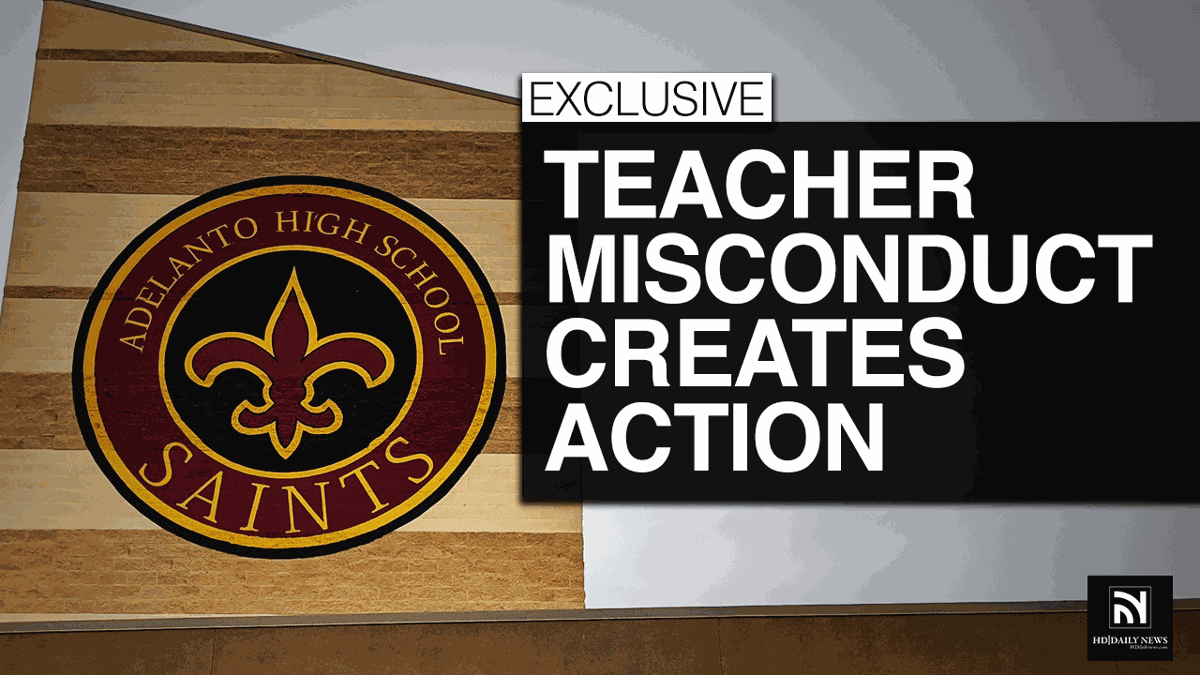 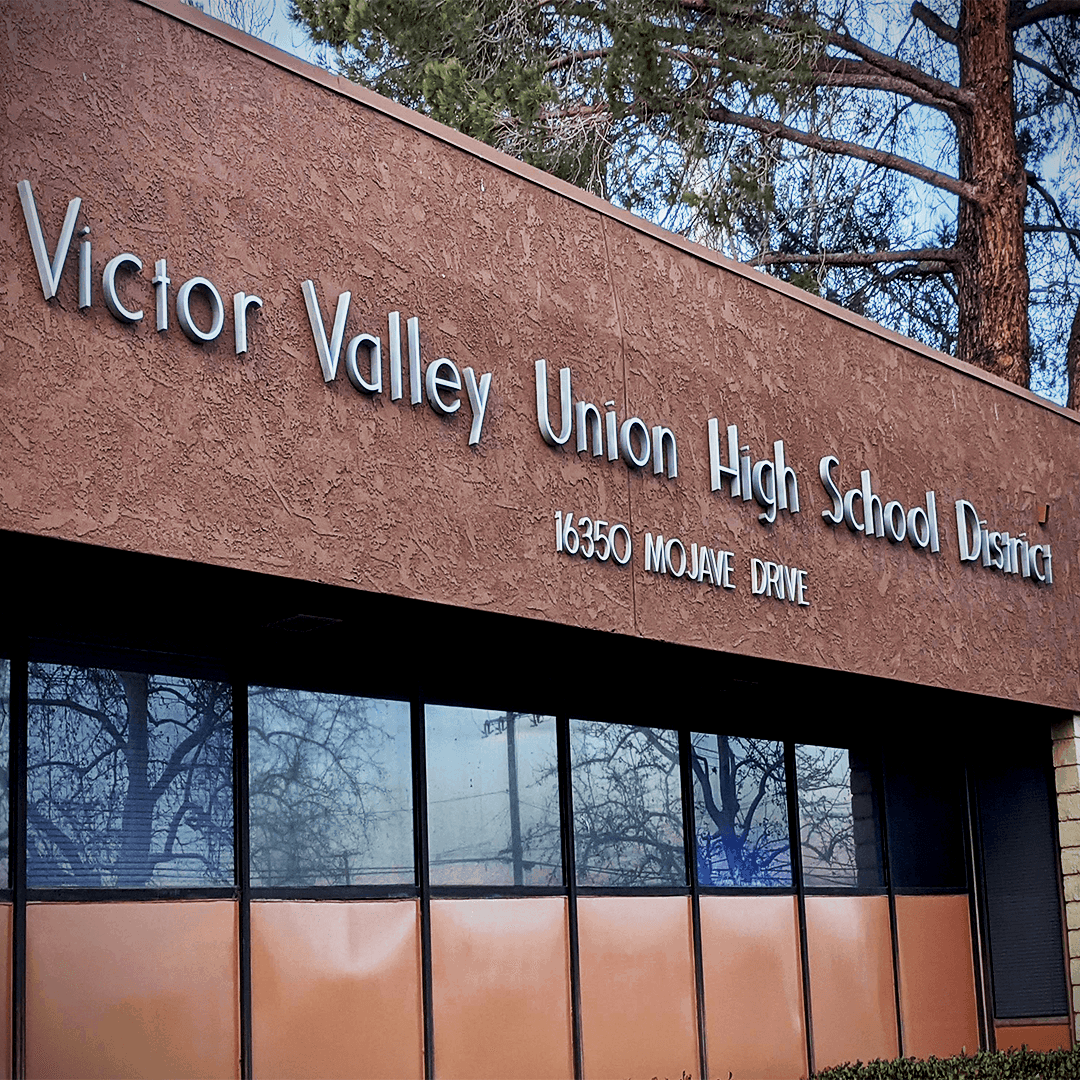 Imagine being a student in 2021 and having to be bothered with comments made by a teacher. Comments like “her body was similar to his wife’s body” or “the way he would come up from behind and poke students in the stomach.”

These comments as well as many others are just some of the claims several current and past students at Adelanto High School have stated, regarding allegations in teacher misconduct that have allegedly occurred over the past several years.

The National Center for Educations Statistics' (NCES) annual "Crime, Violence, Discipline, and Safety in U.S. Public Schools" report reveals 5.2% of the 2,762 K-12 schools completing the survey for 2017-18 reported at least one incident of sexual assault other than rape, compared with 3.4% in 2015-16, according to Education Week.

Often the majority of misconduct between students and teachers is not reported and this could result in long-term mental abuse and challenges for any young adult.

However, one senior who attends Adelanto High School is stepping forward, making bold moves to bring attention and awareness to this silent tragedy.

"Andrea," who is 17, is a Student Site Council Member, the senior class historian of ASB, Link Crew Leader, President & Founder of Adelanto’s Junior State of America, and in the top 6% of her class at Adelanto High School. She has recently created an online petition addressing the misconduct that occurs within her school between teachers and students. On the petition, Andrea states that she feels its “normalized [how] teachers and staff look away from sexual harassment, sexual assault, racist remarks, biased grading, and unprofessionalism at Adelanto High School.”

One particular teacher who seems to be at the focus of this sensitive topic, sparking outrage from Andrea and several students appears to be that of a “Mr.” (whose formal name will be omitted from this article and has since been removed from the petition and is referred to now as just “Mr.”)

As a leader is taught to do, Andrea stood up and began speaking out on her social media platforms, coming to the assistance of her friend Brianna Hoang, the Adelanto High School’s Associated Student Body President.

Andrea has assured us that the goal is not to out teachers and get them fired, rather the student body would prefer to work with the school district (Victor Valley Union High School District) to find a viable solution that meets the necessary standards of respect in student-teacher relationships.

Some may think that there are ulterior motives, however, based on the chatter that social media is revealing, it appears that this issue is among a diverse group of students and is universal.

Andrea tells HD Daily News that “Many of the experiences the students have shared with us have displayed a common pattern of instilling fear and making students uncomfortable through the way their teachers would interact with them.”

What did the school have to say about all this?

Adelanto High School is part of the Victor Valley Union High School District. HD Daily News received the following response from the school district regarding the petition and the two student leaders that created it:

"The Victor Valley Union High School District takes allegations of staff misconduct very seriously. We are aware of the concerns recently raised by two of our students, and we have communicated directly with those students as well as our staff. As this is a personnel matter, we will not comment specifically about these allegations; however, we are investigating these claims thoroughly. A positive, safe learning environment is a top priority for VVUHSD."

To that respect we did ask Andrea her personal thoughts about how the school district is handling the situation. Her statement is “The school district has actually done a tremendous amount already in planning to provide programs to address social injustices within the classroom environment. In terms of the petition, the Asst. Superintendent empathizes with changing the pervasive culture in subsiding this misconduct. [It] will take a while to reform, but I believe the school district is doing the best they can to serve and protect their students.”

According to Andrea, multiple students stated that they filed complaints to incidents, in the past. Those complaints were filed with school counselors. A solution was to remove the student from specific classes, but no action was taken to report the behavior of the teacher.

A high number of claims alleged by students can be seen on Brianna Hoang’s Instagram stories here and here (works best if signed in to Instagram account and viewed on mobile).

According to the Instagram posts, some of the alleged claims pertaining to “Mr.” are quotes from students that recollect their instructor stating “if you wanna kill yourself you’re dumb, I had it bad and I didn’t kill myself.” Another student said that “Mr.” would comment about her weight. She stated that during her senior year her teacher would say “Finally, becoming a beautiful, young lady.”

VVUHSD Superintendent Ron Williams reiterated his statement to us in a district-wide letter that went to students, staff, parents and guardians.

We ended our interview with Andrea by asking her what she would like teachers, parents, and most importantly other students to know about situations like this if it’s happening at their schools.

“The reason why situations like these continue to happen at, not only Adelanto High School, but many other schools is that teachers, parents, and other students do not believe in the students who experience inappropriate behavior from teachers. Many of us are blinded by confirmation bias, in which we choose to believe in our own personal anecdote of the teacher that manipulates us into thinking “they are never capable of doing something like that.” The problem lies within the controversy and choosing not to report an incident because we “fear” that no action will be done or we are “embarrassed” by what our peers will say. We have to start listening to our students’ voices. These narratives do not come from baseless experiences. I encourage other people to start speaking up and reporting their experiences. If no action is done to resolve it, that is a problem and we must hold the administration accountable for it. A school environment should be a safe environment. No student should worry about their well-being in order for them to pursue and keep up with the demand of attaining an education.”

HD Daily News reached out one final time to VVUHSD to ask a few more questions. When asking about an update into action taken on staff who may have possibly had misconduct with a student(s) as a result of the petition we were told that the district cannot legally discuss specific personnel matters. VVUHSD spoke more broadly that any concerns raised by students, staff or parents are investigated thoroughly, resulting in appropriate action when necessary.

Our last question was a request for the district to provide information to their commitment in maintaining a positive, safe learning environment as this appears to be their top priority. After all, this is what was communicated to HD Daily News during our first point of contact. The district was able to provide us with their Rights and Responsibilities Handbook that details their policies on a wide range of issues, including allegations of misconduct. VVUHSD was also able to show us the reporting procedures that are outlined in the handbook and sent in a letter to all students, parents and staff. It’s important to note also that VVUHSD has also been holding student forums for the past several years to get input from students about their experiences and outcomes with VVUHSD. Forums during the pandemic have been held via Zoom and are available for viewing.

Victor Valley Union High School District’s administrative team tells us that they have always had an open-door policy and will meet with students and parents if they have complaints or concerns.