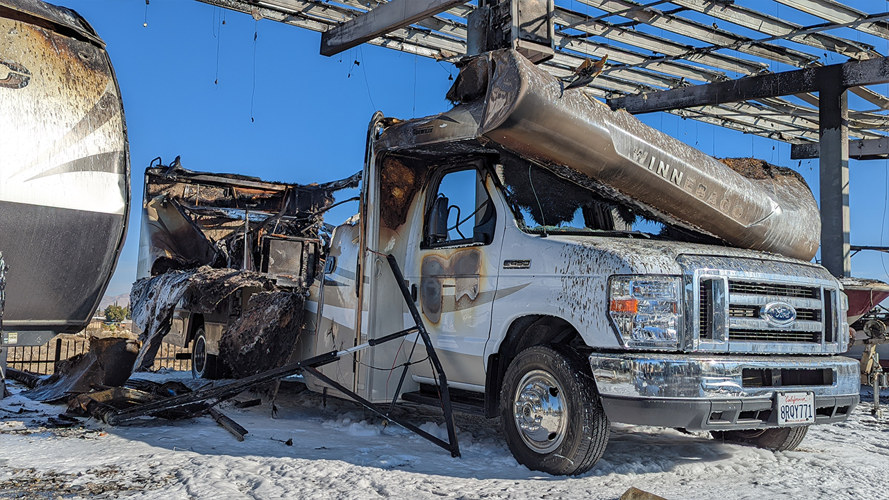 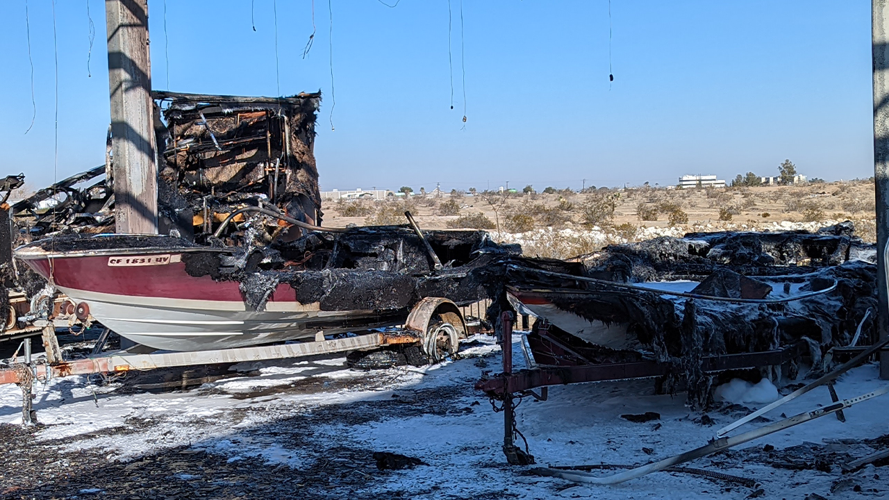 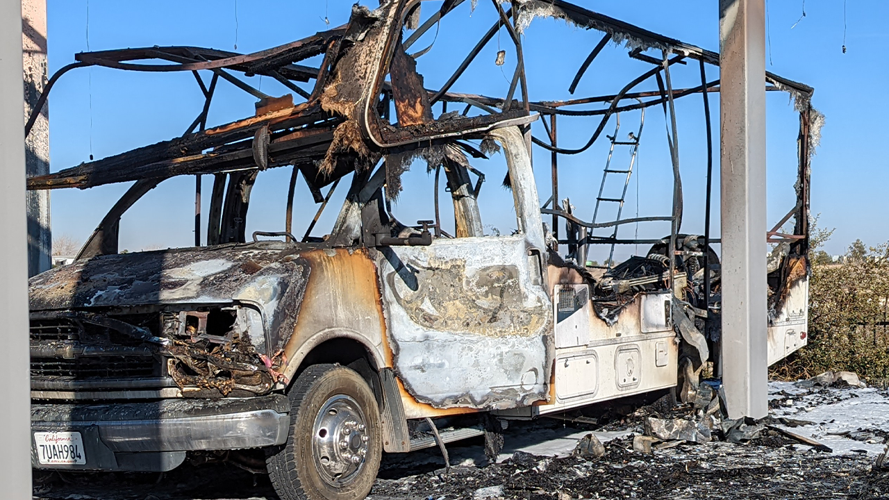 Not the best thing to wake up to first thing in the morning.

Just before 7:30am while most people are listening to the radio and commuting to work a.m. a fire was cutting through on the Victor Villa property just off Mariposa Road in Victorville.

Victor Villa is a retirement community and residents are usually 55 and older. Victorville Fire Department arrived on scene to what appeared to be a commercial structure fire behind the 55+ mobile home park. The fire was eating through vehicles and boats parked in  he area which can be described as a solar-power parking area for oversized vehicles.

The first fire crew to arrive on the scene reported several recreational vehicles with "heavy fire involvement under a solar carport."  Firefighters quickly jumped into action to put out the flames. Luckily the fire department was able to get a handle on the blaze and it was contained to just the carport which is nearly feet away from numerous, occupied mobile homes. However, the damage was done once the smoke cleared; three recreational vehicles and two boats all destroyed. The fire was prevented from extending to other vehicles as well as the mobile home park. No one was hurt in the incident.

The fires extensive damage also destroyed the solar panels on top of the car port. Glass fragments from the panel were still falling from the car port after the fire.

The cause of this fire is still under investigation.  Anyone with information about this fire is asked to contact Battalion Chief Goth at (760) 955-5227.