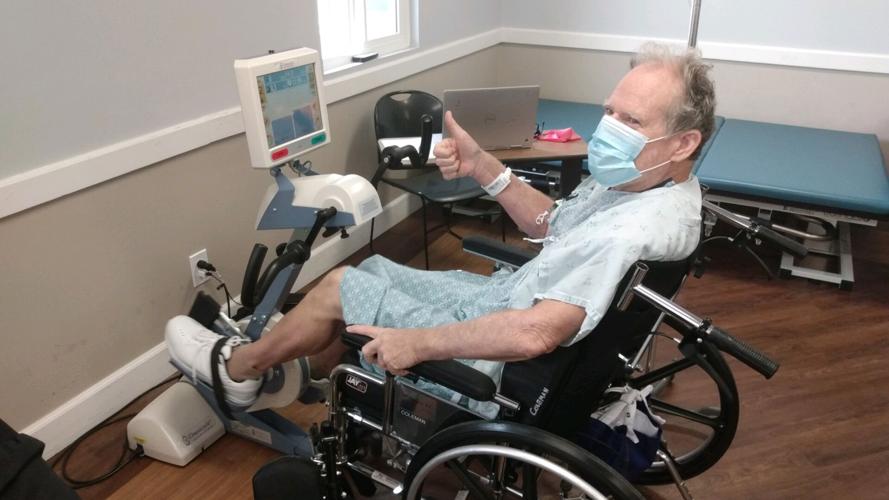 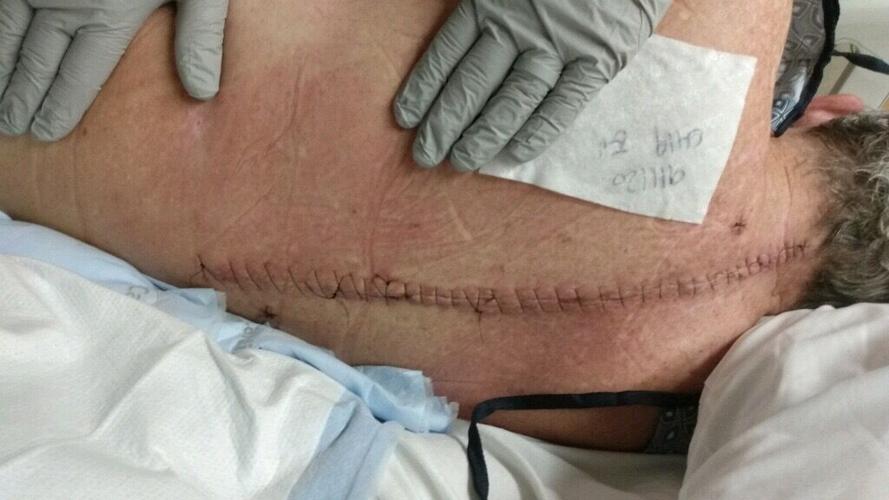 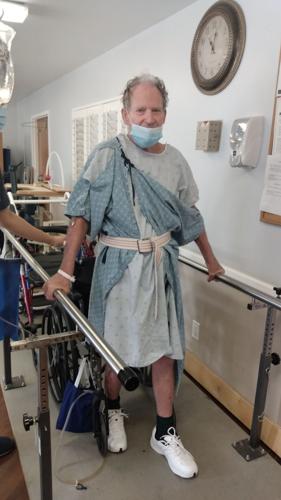 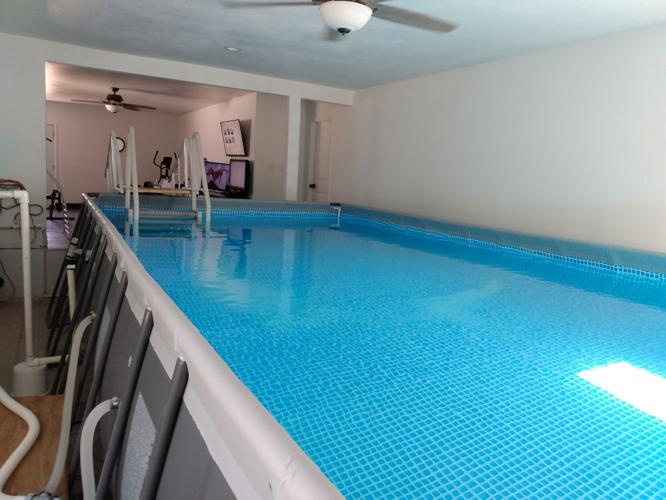 LUCERNE VALLEY -- Like any other day, Ronald went to work Friday morning but didn't know that day would change the rest of his life. He felt this horrible pain in his neck and decided to go to the hospital. Once he was there, doctors told him he had a sprained neck and to just take Advil. Going home Ronald knew he wasn't okay, by the afternoon he had already consumed about 1200 mg of Advil. Ronald then realized he was becoming paralyzed, and driving back to the hospital became very difficult. Once being seen by doctors they were worried about his kidneys since he took all that medication.

Ronald says he remembers lots of X-rays, CT-Scans, and then a couple of MRIs. Doctors then told him that he needed to be operated on immediately, so then he was transported to Loma Linda Medical Center, and taken right into surgery.

“The pain was so bad, I asked them to kill me”, says Ronald.

Before surgery doctors took another CT-Scan to understand more of why Ronald was feeling such pain. The scans revealed “pus” was spreading rapidly down his backbone and up towards Ronald's brain stem. As it spread, it was compressing his spinal column and destroying the nervous system.

“They immediately took me into surgery. If the bacteria had moved up another few centimeters into my brain stem, I would have died”, explained Ronald. In the four-hour surgery, doctors removed the back half of his cervical from C1 to C7. Then the removed some of his backbones, to make sure the “pus” was gone.

“I was completely paralyzed.”

After surgery, over 100 stitches were used on his back. He explained how when he woke up from surgery he heard the medical staff talking about the need to place a trachea in his throat in order for a machine to do his breathing for him. “They didn't think I would be alive after what happened. The lady looked at me and said ‘he's breathing’”, says Ronald.

Ronald thought about his whole life while being in the hospital. He thought about the Ministry he created in 1997, and how impactful it has been. Ronald is the director of Jesus Christ Prison Ministry. JCPM is a ministry where Ronald helps inmates direct their life to God, by showing them the word of God and how he can help. “There is no one else to take over the Ministry, but I knew God had a plan for me”, says Ronald.

Ronald explains how in the hospital, one of his friends helped with the ministry. “For days, from eight in the morning until 5 in the evening I would be giving step-by-step instructions on how to answer the mail, how to put the names of the inmates into the computer. Then, how to print the newsletters and books. I still do not know how we did that. Only the Spirit of God could have shared the information through me with my friend”, says Ronald.

After some days, Ronald's toes began to wiggle. He says how his feet were moving and eventually, his legs were able to move. However, nothing above his waist to his neck moved. Ronald was then transferred to a critical care facility where his arms, hands, and fingers began moving and he was able to feed himself. He then learned he suffers from Epidural Abscesses, which seems to be a very rare condition.

“I was not able to walk yet”, says Ronald. “It became clear to me that I had to go home if I was going to improve beyond feeding myself. They told me I couldn’t go home since I couldn’t walk. I went home”.

After being home, Ronald was using a walker to improve his walking. Almost a week later Ronald put the walker down and forced himself to continue his healing process. He then wondered how to improve his health and understand his new living conditions.

The Ministry then built Ronald an indoor pool and gym center to help with his physical therapy. While being in the pool, Ronald says how he's weightless and painless. “Through these facilities, God has produced mighty miracles in my health,” said Ronald.

Ronald wants others to have pain-free moments. He explains how in the pool, people can move in such ways that are impossible on land, without pain. “I want people to have every opportunity to keep their bodies and minds healthy,” elaborated Ronald.

Ronald has opened up his pool and gym to others in the community who are experiencing the same pain he has been feeling. He wants others to understand that they are not alone and that using the equipment will help others like how it has helped him.

For anyone wanting more information, contact Ronald at jcpm@jcpm.com or jcpm.com

Kendra is currently a student at ASU, getting her Bachelor's degree in Communication for Mass Media & Journalism. Kendra has started Knonnecting with Kendra, it hopes to connect with her community. If you or someone you know would want to Konnect with Kendra send us an email, newsroom@hddailynews.com.

Here's Every Museum in the High Desert Worth Visiting