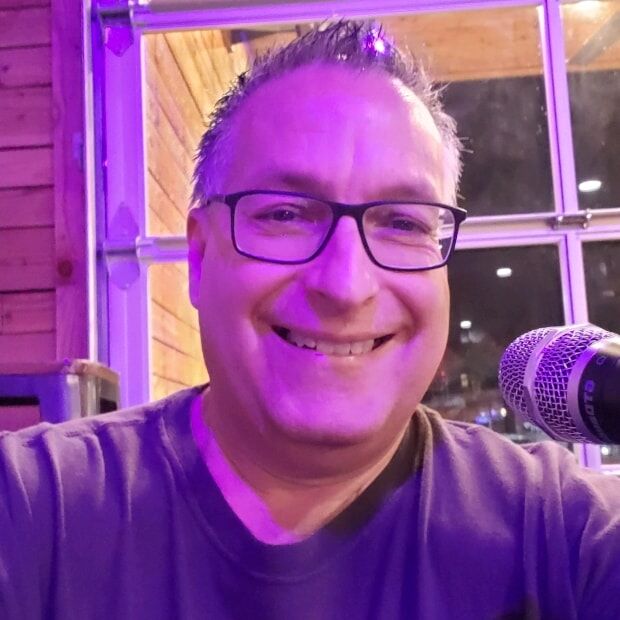 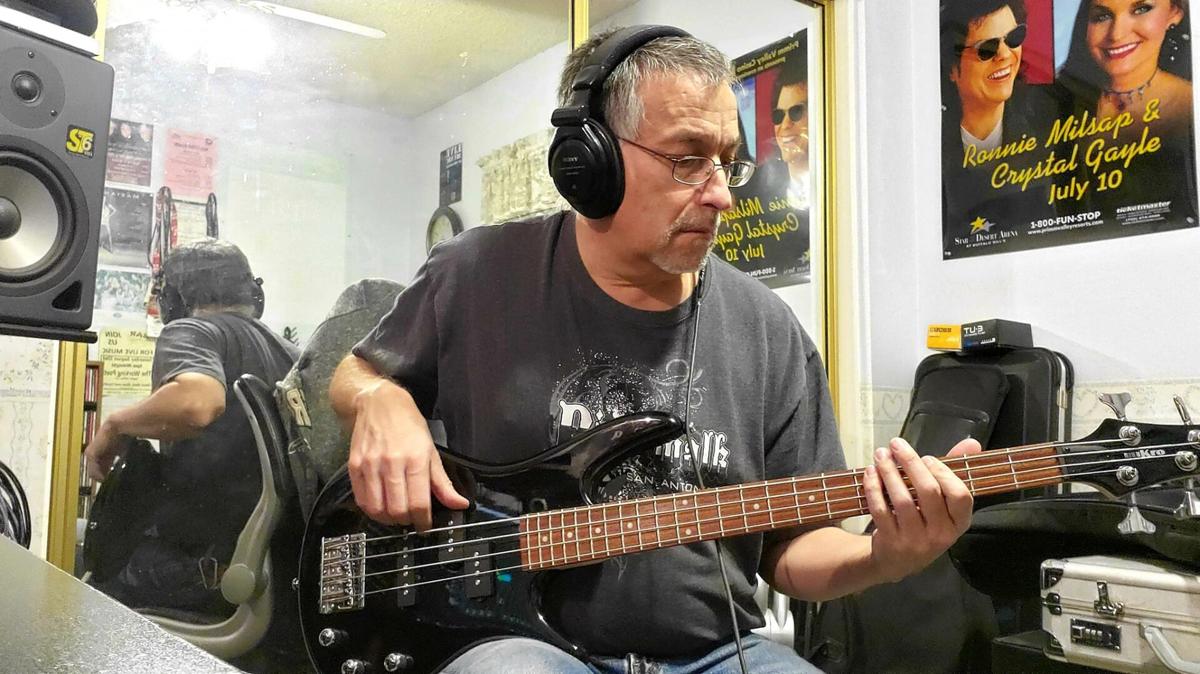 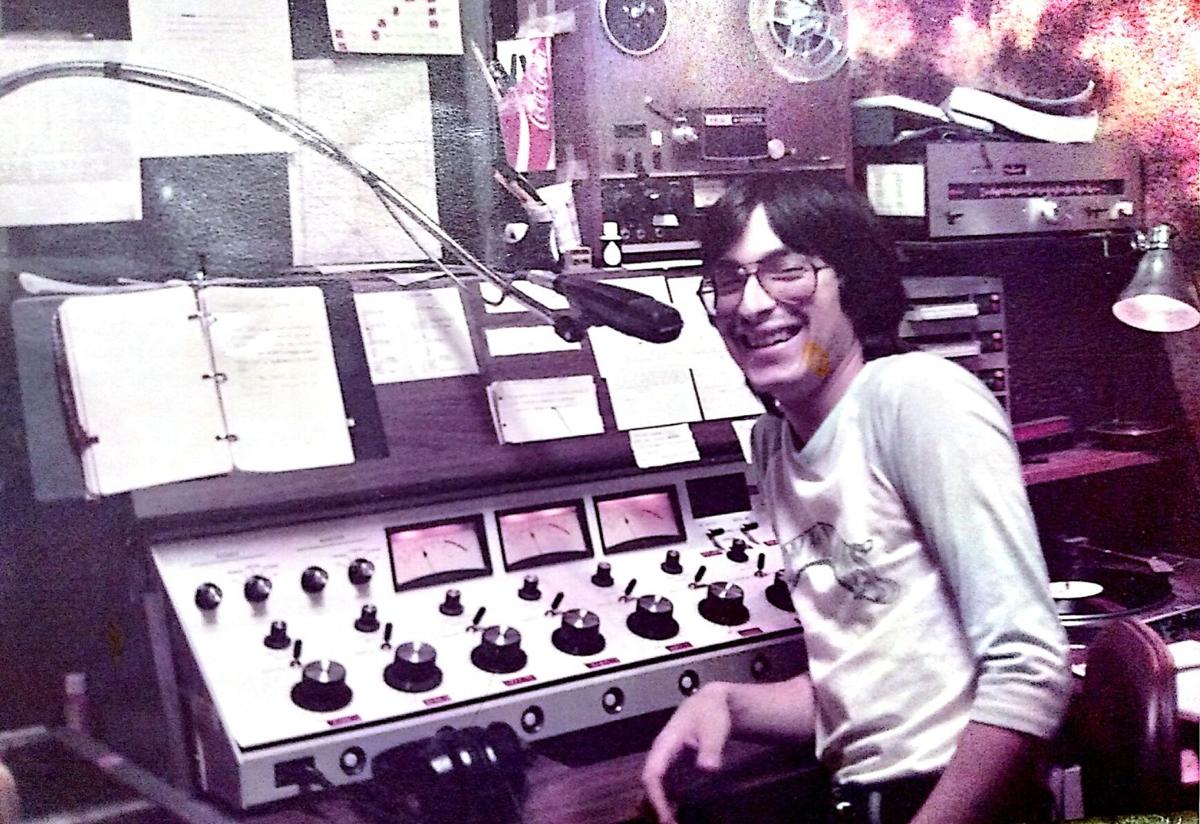 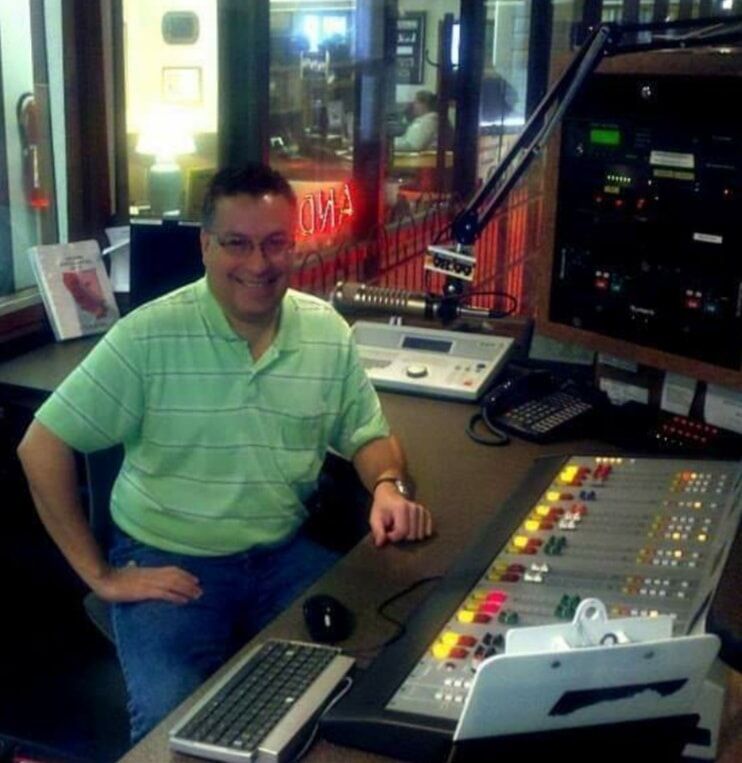 Kevin on the air at KHWY (Highway Country) 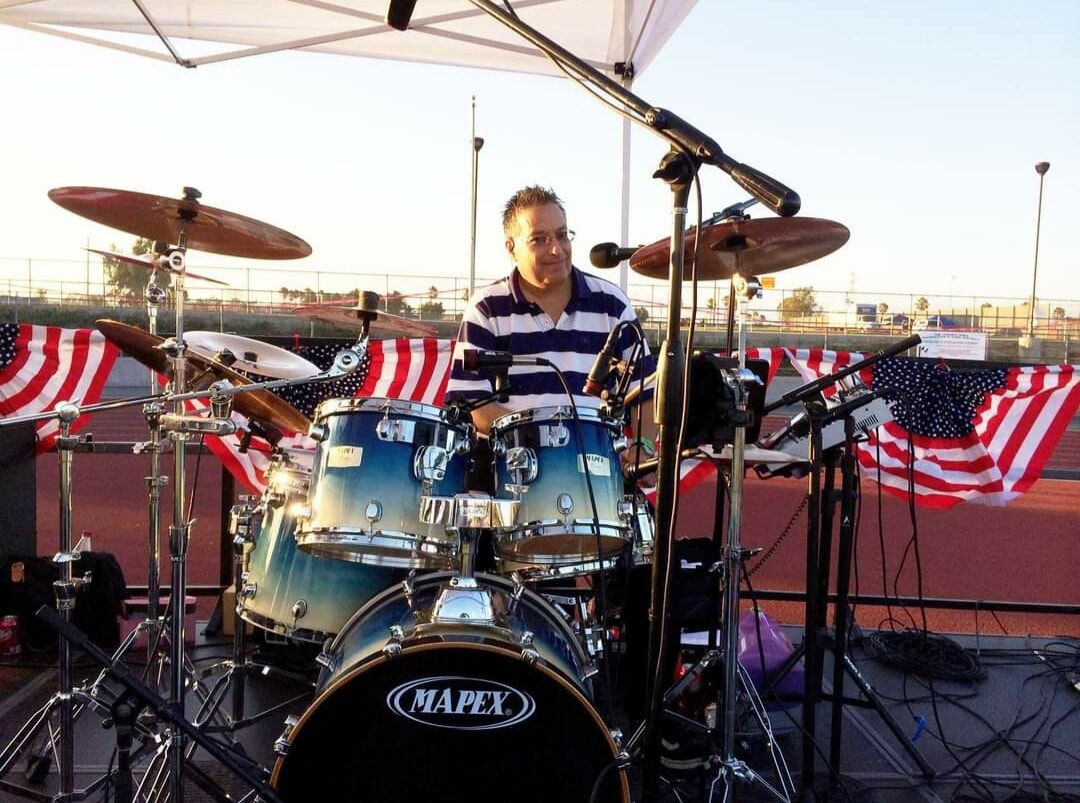 Kevin in his element, play drums for a live show.

This past week the music community of the High Desert lost a very special person to COVID-19 . He was more than  a musician, who played in bands around the victor valley. He lived in Apple Valley. He was a radio veteran, a sound engineer and my friend. Kevin O’Neal had been known to many in the High Desert as the guy who had the hottest karaoke nights at Viva Marias, Buckeye Jacks, the Pizza Factory or the former Cadillac Ranch and Desert Barn Brewery.

If you went to see him play live, he was performing as a member of the Working Poets and American River Band. His broadcast career had him on the air in markets like Alabama on the famous Magic 96 and in Fort Worth, Texas.. In the late 90s, Kevin was an on air radio personality for Y102 before landing a director job at Highway Radio.

Chances are if you ever heard a spot for Elton John, Donnie and Marie or Celine Dion on your way to Vegas, that was Kevin’s work. Kevin ran sound at countless events for local cities and organizations.

Local nightlife emcee and DJ David Snow said "he would always say to me “there’s only 2 great Karaoke hosts up here and you're one of them.”

Some other people in the music community such as Elisa Urmstrom said that Kevin was a gentle and generous person and a good drummer who she will miss.

Former radio DJ and voice actor Charlie Ray was able to give a very thorough remark about his friendship with O'Neal. "I met him years ago at Y-102, but really got to know him playing music over the last 16 years or so. Kevin backed me up on many shows, usually Christmas shows for some reason. He hired me as a temporary "Working Poet" for one memorable gig, ran sound for me countless times and joined us for a Home Christmas Concert or two. We helped each other on numerous voice-over gigs." Ray went on further, "he was a very giving guy who would do anything for you, and very supportive. Though we were never officially in the same band, he would be available at a moment's notice if I asked him."

Charlie said that he had not seen Kevin since before the pandemic, but had chatted online or by phone, and that it's terribly odd to think that he's not here anymore. "Honestly, the thing that hurts most of all is knowing this didn't have to happen, and I know he regretted it. In his last video he said 'This is my own fault' and urged his friends to get the shot."

If you’ve been around the Victor Valley for at least 20 years, you more than likely have been somewhere that had Kevin running sound. One of Kevin's last projects was a podcast that he wanted to start with me during the pandemic. It was pretty fun. As a reporter and a story-teller, I learned to listen more as Kevin and I disagreed and got into some invigorating, but productive arguments for our audience. Kevin will be missed and never replaced in the High Desert.