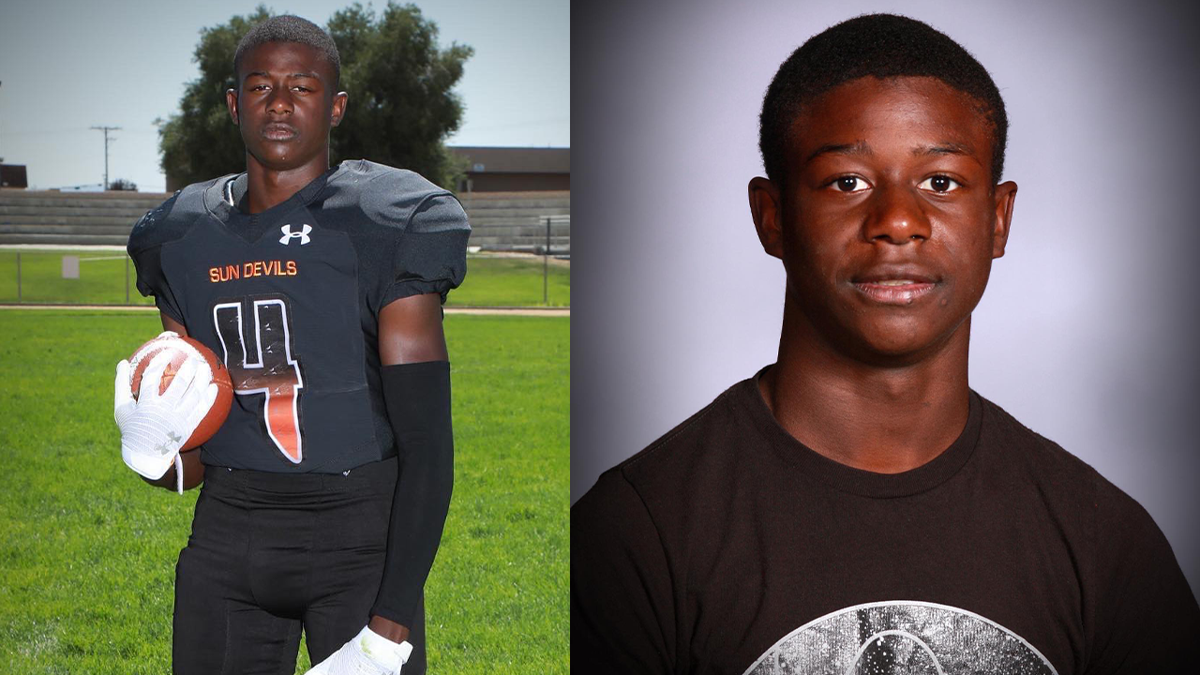 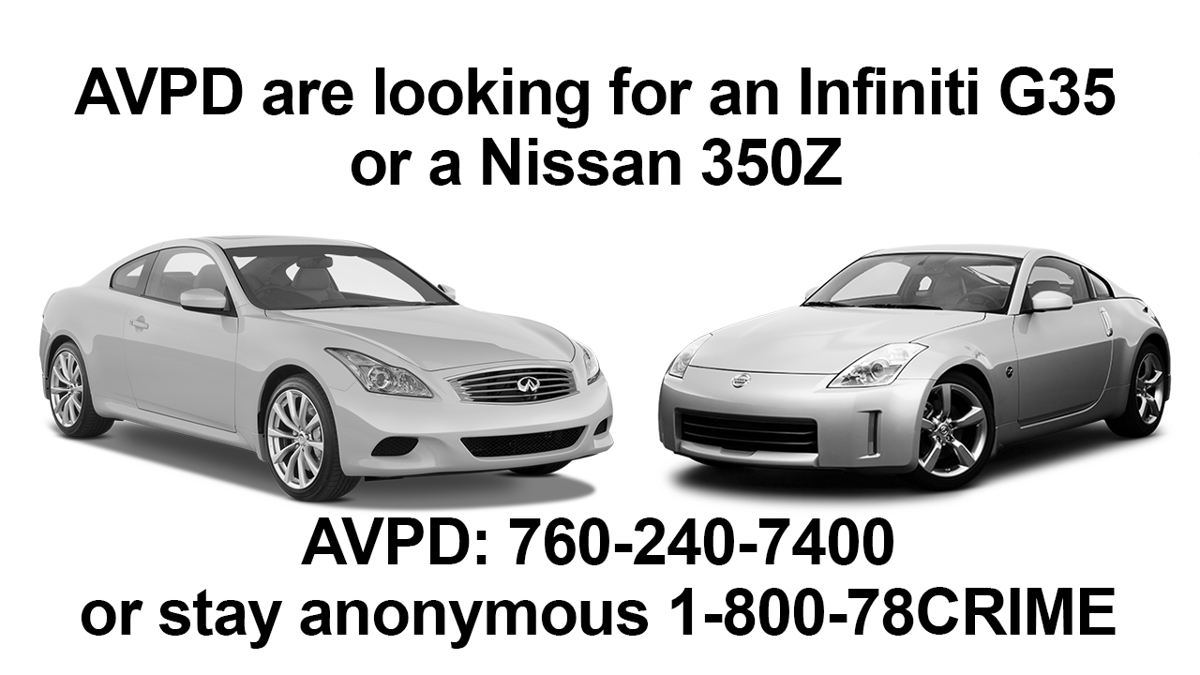 A teenage boy was killed in Apple Valley after finishing football practice at the James A. Woody Community Center on Tuesday night just before 830pm.

Lawrence Andrews III was hit at more than 60 miles per hour on a residential street (Ottawa Road) between Navajo Road and Manhasset Road in Apple Valley by a car. Witnesses reported a white or silver/gray two-door coupe. Apple Valley Police on scene have narrowed the description down to either a Nissan 350Z or an Infiniti G35 that traveled east on Ottawa Road and continued that direction after the accident. The vehicle did not stop at the the scene.

Police tell HDdailynews.com that they believe there is front-end damage to the vehicle involved in the collision. AVPD was able to clear up some misinformation regarding a possible license plate number of a vehicle that may have been taken down during the incident. A call came into the station. The caller on the other end reported that they were pursuing a vehicle that matched the description of the vehicle that hit the boy, however, they lost the car and no license plate number had been reported by the caller to authorities. Police say they were unable to confirm if that specific vehicle was involved in the accident or not.

Lawrence Andrews III died Tuesday night in the middle of the street, with friends and family surrounding him. Screams in panic and mourning could be heard at the scene. Investigators from the San Bernardino County Sheriff’s Department Major Accident Investigative Team (M.A.I.T) are currently conducting the investigation.

Local business in the immediate area have told HDdailynews.com that police had already reached out to them, attempting to obtain any security footage that may have picked up the vehicle in question. Ottawa Road was closed between the intersections of Navajo Road and Manhasset Road for approximately six hours Tuesday night and into Wednesday early morning. A makeshift memorial had already been created Monday morning at the scene of the crime.

Andrews III's father, Lawrence Andrews II, spoke to HDdailynews.com about losing his son. Andrews II says that his son Lawrence was very active and a star football player. Playing at AVHS, he was unstoppable. His personality was the kind you would expect from a kid who was a joker. He would try to get you to smile even if you didn't want to. Andrews II says that his son had his hopes set on being drafted and going to college to play football for the University of Oregon.

Andrews III's father tells HDdailynews.com that the family was together, including his wife, when his son was hit. The family was already in the motion of crossing the street and his son was the last one when a car hit him at more than 60 mph.

Andrews II had strong words for those that did this, saying what they did was a "coward move." Telling HDdailynews.com that if the killer had kids how would they feel if someone did this to them. Andrews II went on to say that "if anybody knows anything please come forward. Please, I need it. The community needs it. We got more kids out here."

Andrews III was a student at Apple Valley High School and a crisis response team had been at the campus Wednesday morning as the student body and faculty had learned the tragic news. In a joint statement released by AVUSD and AVHS to HDdailynews.com, officials say, "we are deeply saddened by the loss of one of our Apple Valley High School students, sophomore Lawrence Andrews.  Our thoughts go out to the family and all those impacted. Crisis counseling and support have been made available to students and staff who feel the need."

A mother who was at the community center when Lawrence Andrews III was killed gave consent to HDdailynews.com to use her recollection of how she remembered the tragedy as she attempted to rush to the scene to help save the boy's life.

She writes "[Lawrence] crossed the street to leave [and] was struck by a car. The driver fled. At first we thought it was gunshots so we all grabbed our kids and ran. We heard a loud noise followed by loud screams. Moments later someone ran up saying someone was hit by a car. The boys reminded me we had our medic bag so I grabbed it and ran towards the chaos. The scene I saw was the worst thing I ever witnessed, luckily there was a point man rendering aid. I jumped right in and tried to help but there was nothing we could have done. My heart is heavy tonight and I ask you all to say a prayer for this young man."

Anyone with any information or anyone who may have witnessed the collision is asked to contact Deputy R. Grissom or Deputy J. Malocco at the Apple Valley Sheriff’s Station at (760) 240-7400 of Sheriff’s Dispatch at (760) 956-5001. Callers wishing to remain anonymous are urged to call the We-Tip Hotline at 1-800-78CRIME (27463), or you may leave the information on the We-Tip website at www.wetip.com.

CORRECTION: An earlier version of this story reflected the headline "AVHS teen boy murdered in hit-and-run Tuesday night." HDdailynews.com has updated the story and headline to reflect more accurate terminology.