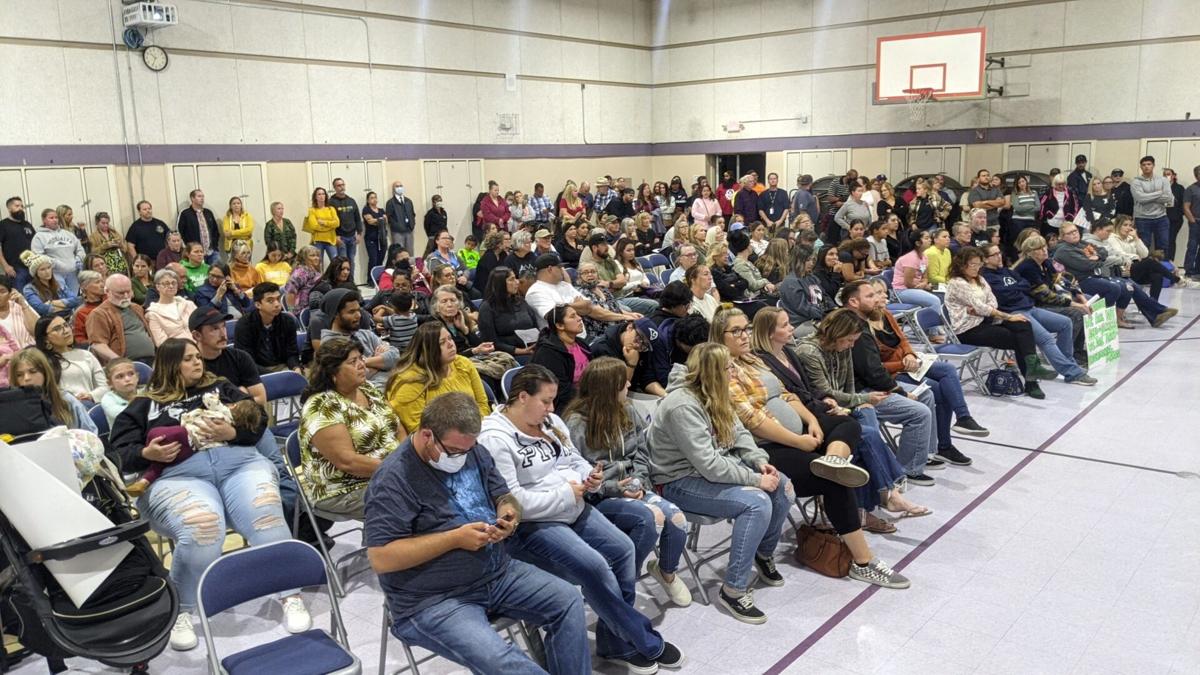 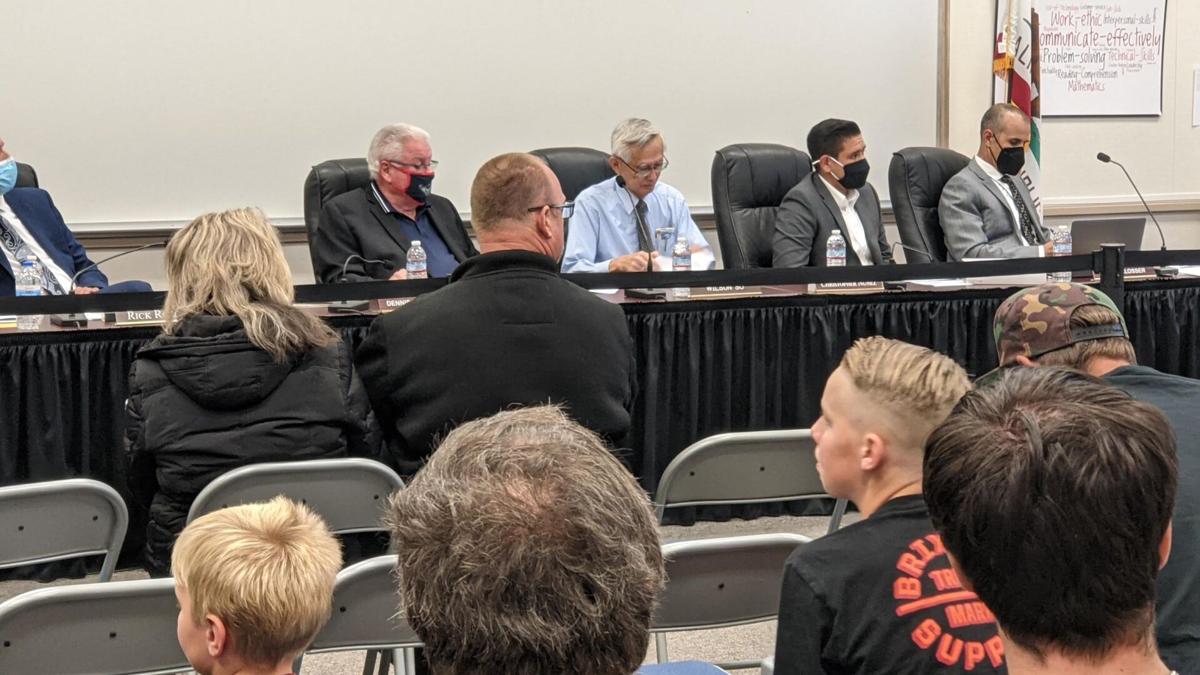 Parents spoke at the AVUSD meeting last week about the future actions that AVUSD may or may not take toward recent developments in California education regarding Governor Newsom's declaration of COVID-19 vaccine requirements for students in the K-12 school system. The announcement can be read here.

Unfortunately, the anger, confusion and fear has made messaging from higher government get lost in translation. Teachers who spoke up in front of the board last week used incorrect language, citing a "mandate." On at least two separate occasions, the school board responded back, citing the word "mandate" also.

It should be noted that "mandate" and "requirement" have two different meanings. Unfortunately, the media, mixed with the confusion and lack of research from many, complicate and blur the lines with the proper meaning. The word "mandate" means an official or authoritative command; an order or injunction; a commission; a judicial instruction. The word "requirement" means a necessity or prerequisite; something asked. A synonym for requirement could be the word mandatory which is also not interchangeable with the word mandate. California has not authorized a vaccine mandate for children in the K-12 school system. Like other vaccines, the COVID-19 shot has been officially declared as a requirement.

People from other cities and school districts showed up to rally support, joining hundreds in attendance, however, order at times appeared to become unraveled. The school board had chosen to carry on the Thursday night meeting in a smaller room that could only hold a maximum of 50 people at a time. This caused the massive crowd of people to be corralled to a holding room the same size of a middle school gymnasium.  Speakers and a projector screen were provided so people could watch the evening's events unfold. Several complaints from the crowd in the holding room said that the sound system did not work properly. This at times would delay the meeting off and on.

The night got worse though, with what appeared to be a disorganized group of people, directly outside the doors of the official boardroom meeting, loudly chanting, which distorted those parents that had the floor to speak. This action occurred countless times, defeating the purpose of parents who felt segregated, scared and angry to voice their feelings effectively to the school board.

Long time school board trustee Wilson So, in a moment of distraught and confusion with some of the crowd, angrily blurted out "Shut Up!" as a counter to the heckling toward him. However, this action on So's part was done after President Okpara declared a small recess. Trustee Wilson So was trying to explain to a group of women what communism was like in his country, appearing to make a compare and contrast to people referencing vaccine requirements. However, when the group made mention to vaccine requirements being like communism, that's when So lost it. Trustee So did not apologize on his own at the end of the night without guidance from another parent in the crowd who spoke up to make him understand what he had done. Eventually, Trustee So appeared to give in and say he was sorry, but without sincerity.

As the night progressed, Trustee So took it upon himself to remove his mask. Once the first group of concerned parents fanned out of the boardroom, and teachers were then let in during the next batch of people, about 5 children also entered the room.

The Apple Valley Unified School District tells HDdailynews.com that "all individuals are required to wear a face mask in all indoor settings on school campuses and on school buses while students are present, regardless of vaccination status. Individuals are not required to wear a face mask while outdoors." It was not clear if this policy also applies to the school district property while children were present however, the other 4 board members did continue to observe the policy during the entire night.

The school board was not able to follow their own decorum. At times, AVUSD Trustee Dennis Bender broke the structure and chose to verbally answer questions during public comment from the audience. However, Bender's comments appeared to ricochet the confusion of the audience and their understanding of the word "mandate." The trustee incorrectly referenced the vaccine requirement from the state also as a mandate and how he was against the "mandate."  The break in decorum triggered a back and forth of discussion that continued to get louder and louder with no resolution in sight. AVUSD Board of Trustees President Maria Okpara on several occasions had to redirect members and the audience. At the end of the night she cited this very inappropriate conduct and encouraged both the public and trustees to observe the rules in the future.

Trustee Rick Roelle at one point had been verbally challenged by a concerned citizen from a neighboring city, regarding Governor Newsom's vaccine requirement. Roelle's response was that the governor is in an "Eifel Tower with security." Roelle also made a commitment to having the next board meeting in a larger room by the that would accommodate a bigger audience and an improved sound system.

President Okpara wrapped the evening's comments to parents with saying "your children are the most valuable commodity that God has ever given you." Okpara said she admired the emotional and heartfelt explanations that were spoken Thursday night.

What about the exemptions?

On Friday, October 1st, 2021, when Newsom said "Are their exemptions? Yes, well-established exemptions: for medical reasons, personal and/or religious beliefs.” That's exactly what has always been the case with vaccines.

Take notice though, personal and religious belief are different things. We tried to asked AVUSD specifically about this as it applies to their school district, making sure we specifically separated "personal" and "religious" in an explanation for exemptions. We could not find a religious reference whatsoever on their official website.  The district chose not to address our question about religious belief. However, they cited the existing information from their site, saying that if an exemption is "written by a licensed physician [then it is] accepted for those immunizations specified in California Health and Safety Code, Section 120325. A personal beliefs exemption is no longer an option for entry into school; however, a valid personal beliefs exemption filed with the school district before January 1, 2016 is valid until entry into the next grade span (7th through 12th grade), per AVUSD Board Policy 5141.31."

AVUSD's school board meeting last Thursday did have some progress made. A great amount of funding, $36,636,983, to be exact, was approved by the board unanimously. The money, known to school districts and cities as ESSER III was part of the American Rescue Plan Act that President Joe Biden approved back in March 2021. AVUSD plans to use the money on a list of much needed upgrades in their district including water bottle filling stations. heating ventilation and air conditioning systems, general school maintenance like painting, wall repairs, restroom repair and student shade areas. The money would also be used to include on-site COVID-19 testing for staff and students as well as upgrades in classroom technology. The approved proposal also includes an expansion of before and after school tutoring programs and summer school programs as well as mental health support and training for all staff. Finally, the money would go to increasing the number of teachers' aides and staff which could reduce classroom sizes. A complete look at the proposal can be found here.

Due to the technical difficulties of the October 7, 2021 meeting, the official video has been broken down into several videos, all can be found and viewed here.